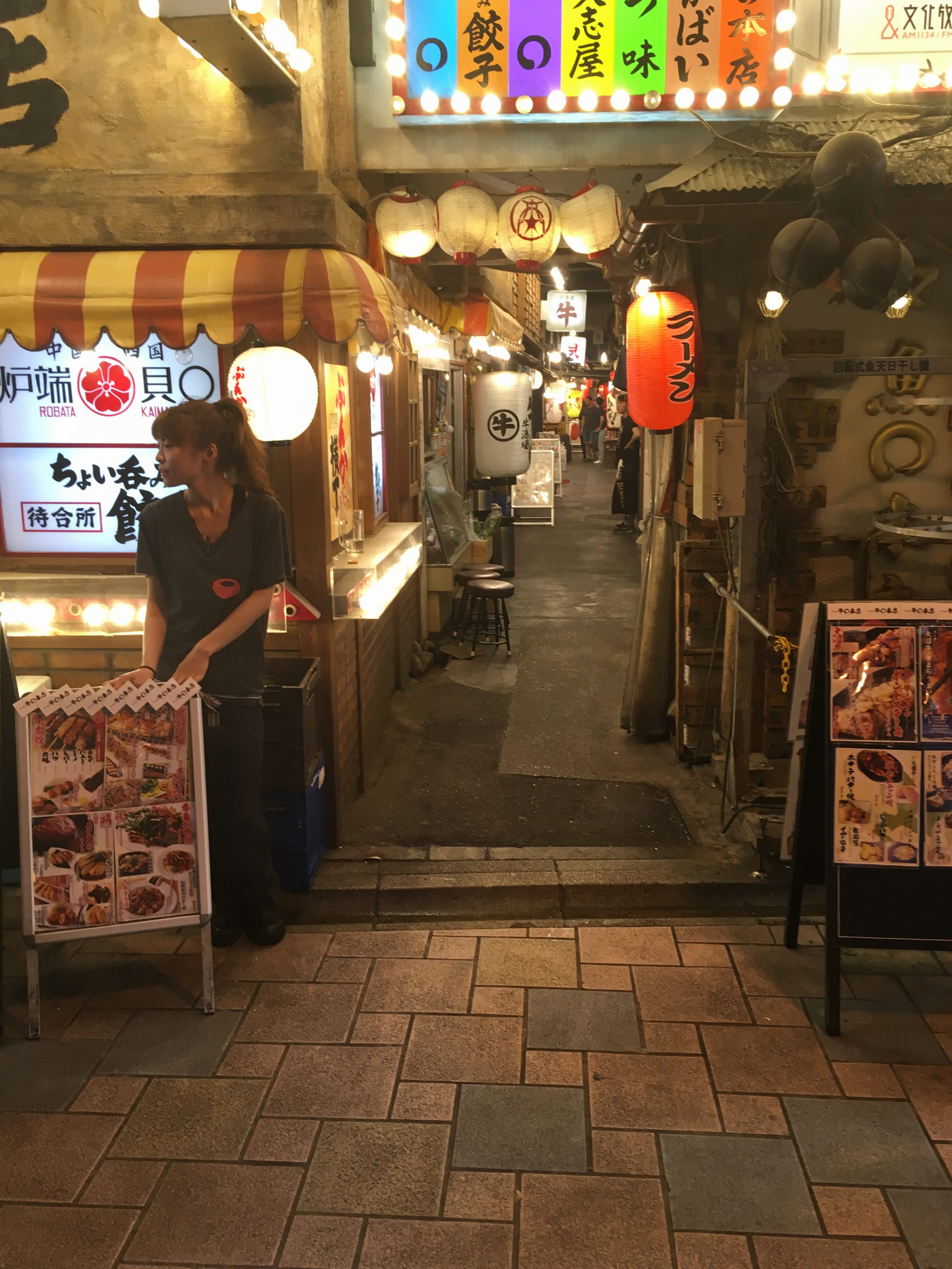 With Tokyo on the horizon, I couldn’t help be a little bit excited – and a little bit nervous. Although a lot of our Fendrihan products come from Japan, I’d never been there myself, and its foreignness was an imposing barrier to a Canadian who didn’t know any more Japanese than “hello” and “two sushi please.”

Exploring new countries is always exciting, especially when I’ve been tasked with finding unique and interesting products to bring back to Canada, but I wasn’t sure what to expect in Japan. In Canada, we’re renowned for our politeness, but my first major shock was that the Japanese seemed to be in an entirely different league. Japan is also very square, which is odd.

I wasn’t surprised to find Japan felt utterly modern – after all, we’ve all heard about their fascination with robots – but the cleanliness was a pleasant surprise and a recurring theme. The weather was pleasingly mild when I stepped off the airplane, not suffocatingly hot as I had expected for the middle of summer, but I was told that Japan’s rainy season was about to start.

Leaving the airport, I hailed the first, most ordinary taxi I saw. Normally, this would be an experience that involved some questionable smells, and an even more questionable driver, but the car that stopped for me had two features I’d never seen: the front and back seats were covered in fine doilies to protect the seat and rider from offensive stains and usage. And secondly, the driver was wearing white gloves. How they stayed white, I can’t begin to imagine.

The Japanese seem very intent on architectural experimentation. I was told that, due to differences in the building code, architects there have the freedom to explore styles and forms that simply aren’t allowed back home. 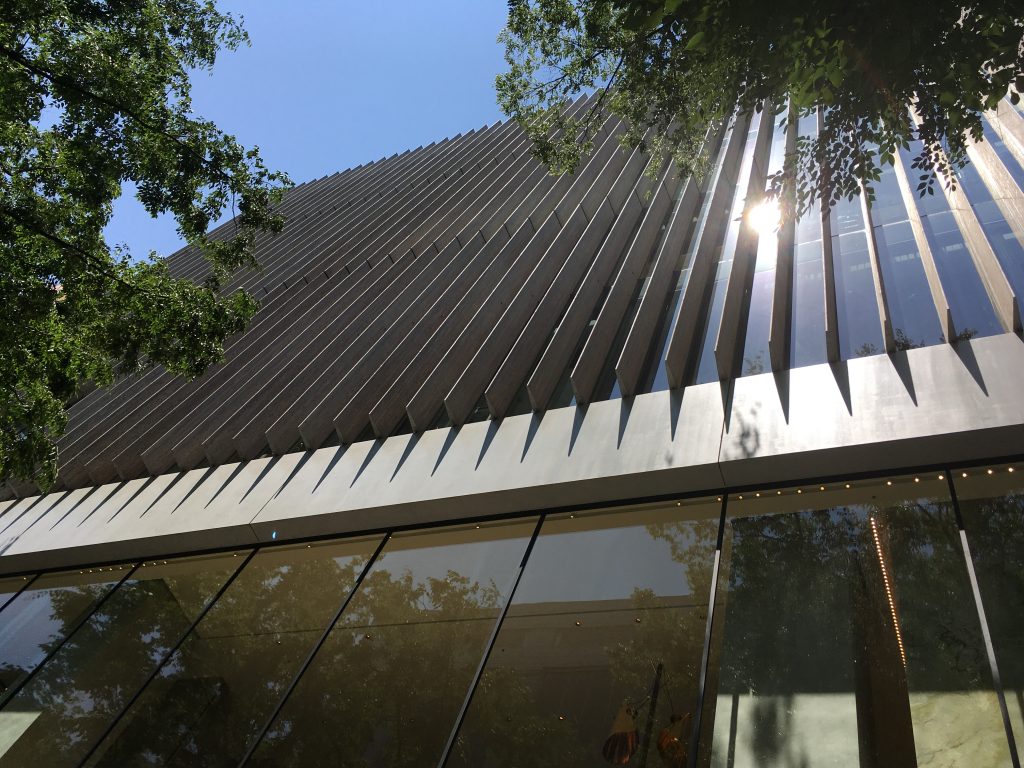 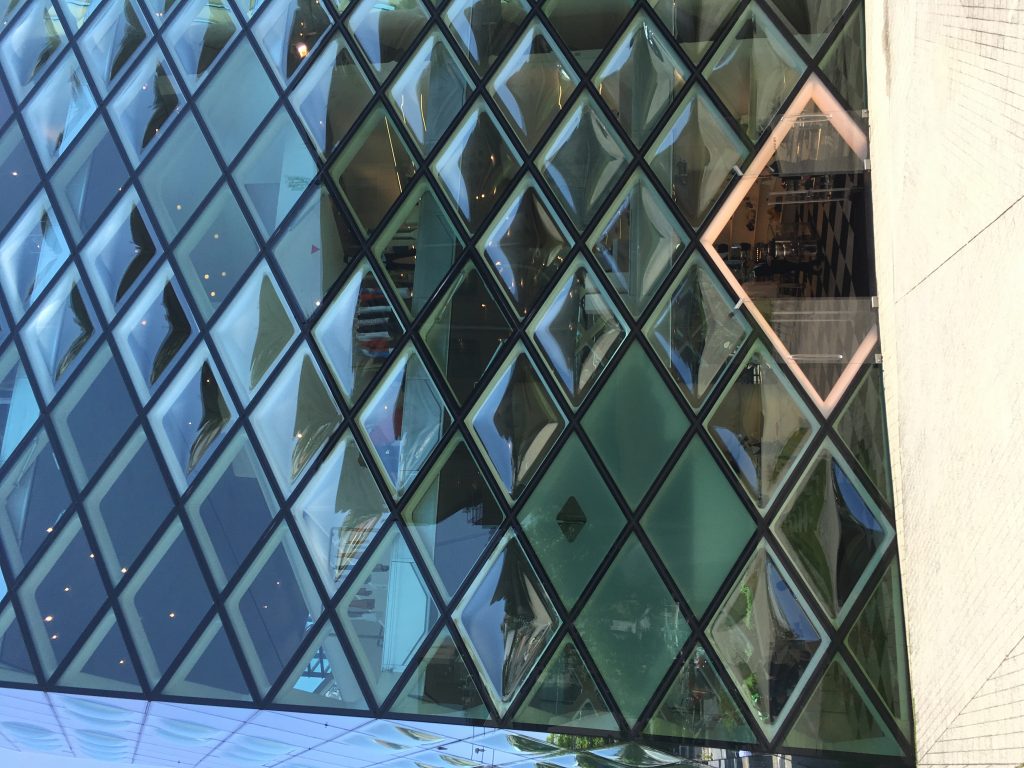 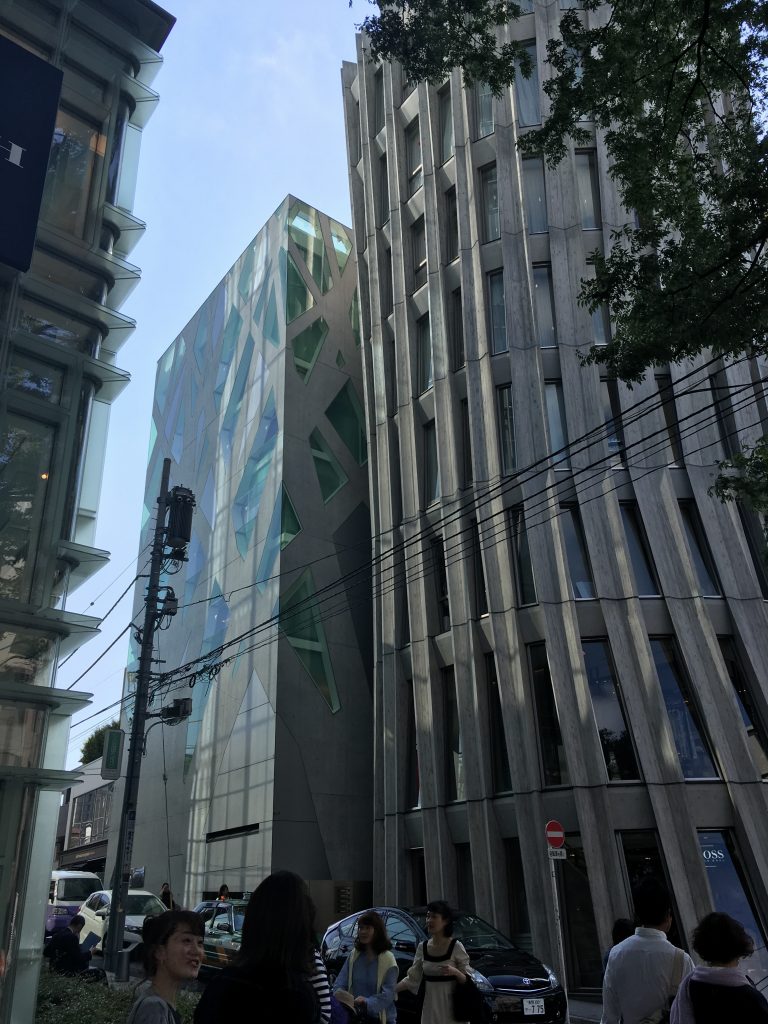 The city is an odd mix of too large and too small. From a distance, you have remaining doubts that Tokyo deserves its title of world’s largest city. But once you’re in the thick of it, scale seems to shrink. With 35 million people in the metro area, people are obsessed with squeezing every last space out of an area. 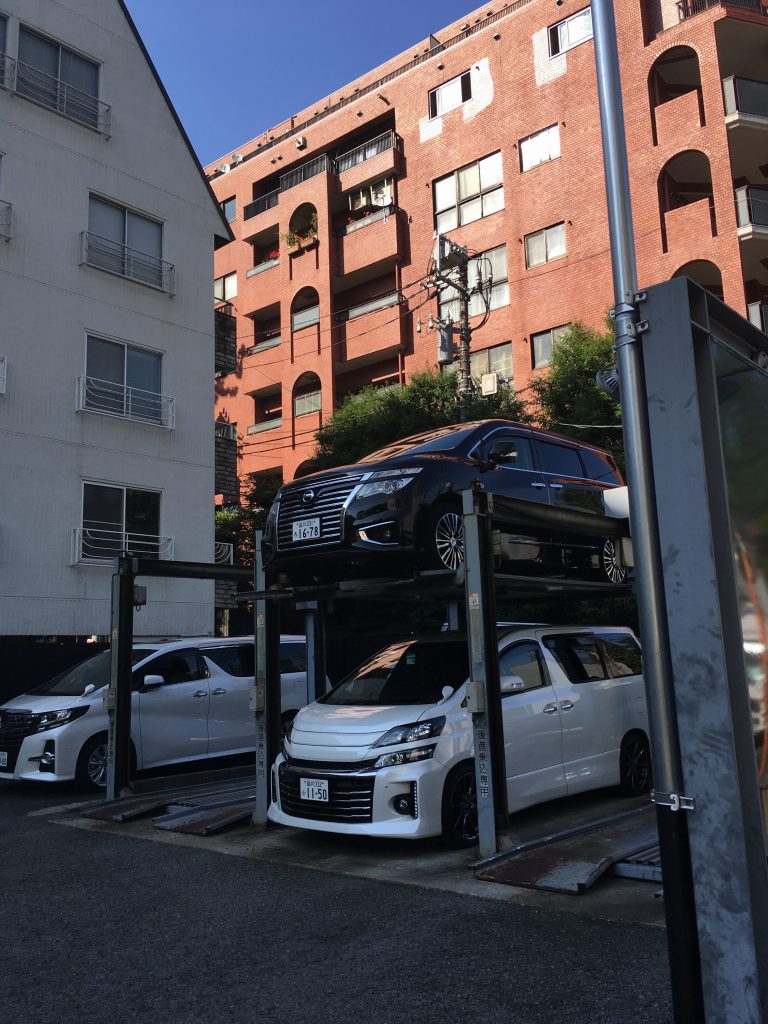 The process of seeking out and exploring new civilizations can be tiring, and occasionally I had to stop for refreshments. The natural solution was this traditional Japanese marketplace. 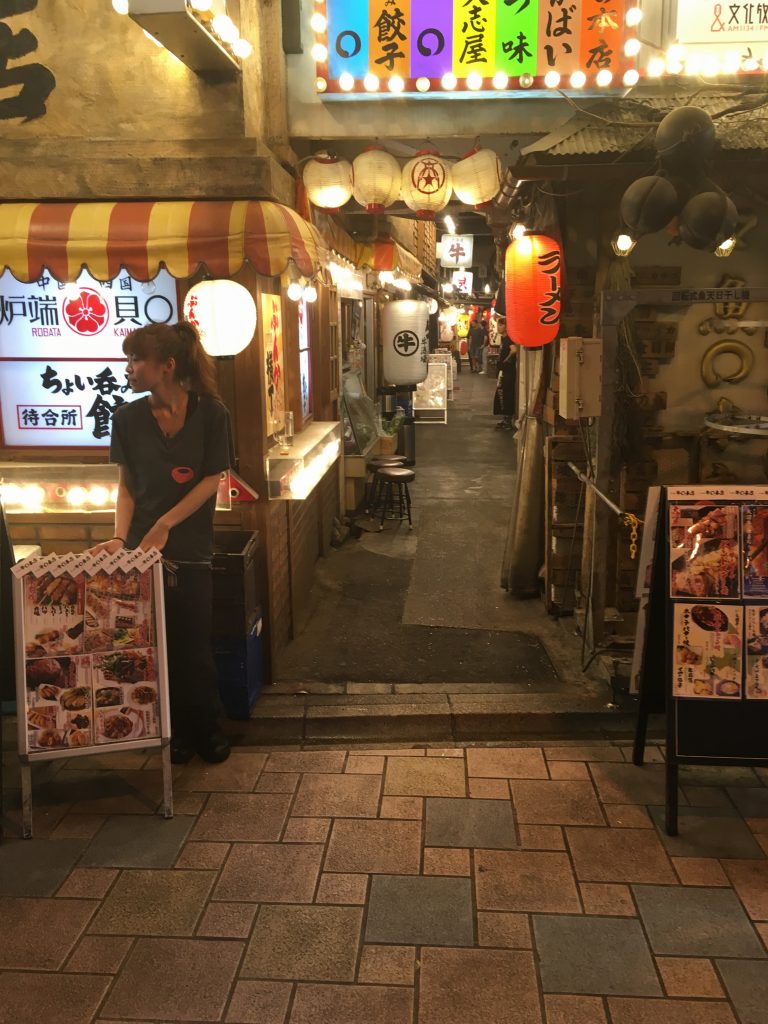 And the natural choice there was this traditional Japanese hotdog. 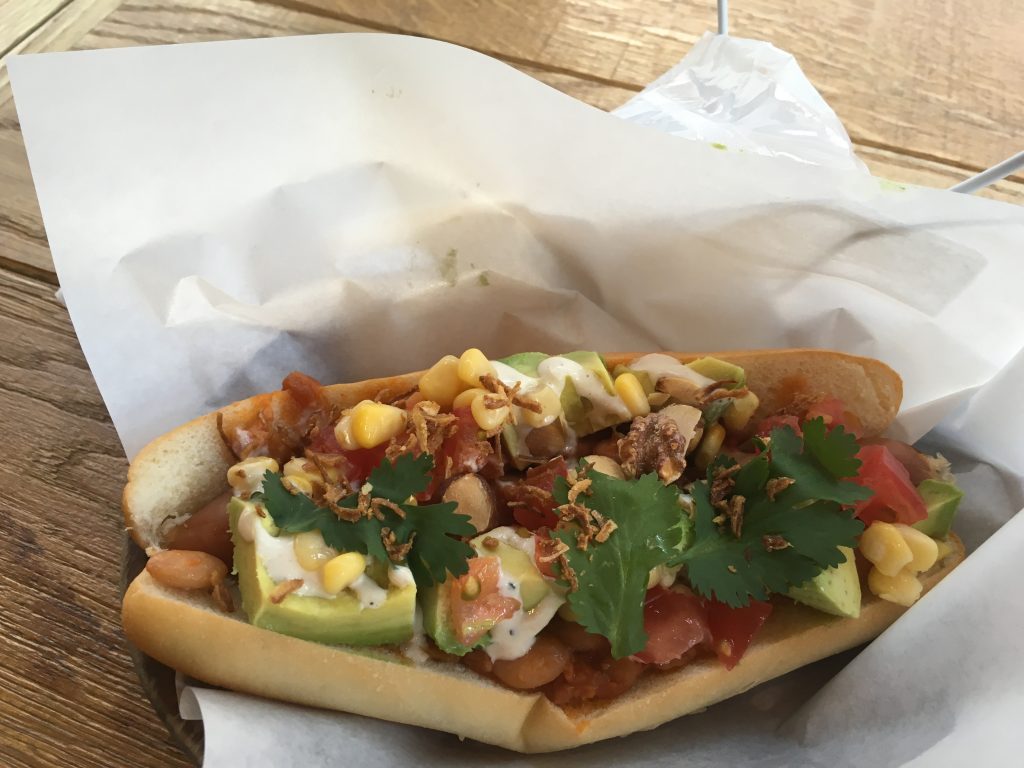 But don’t worry, I also had something a bit more authentic. 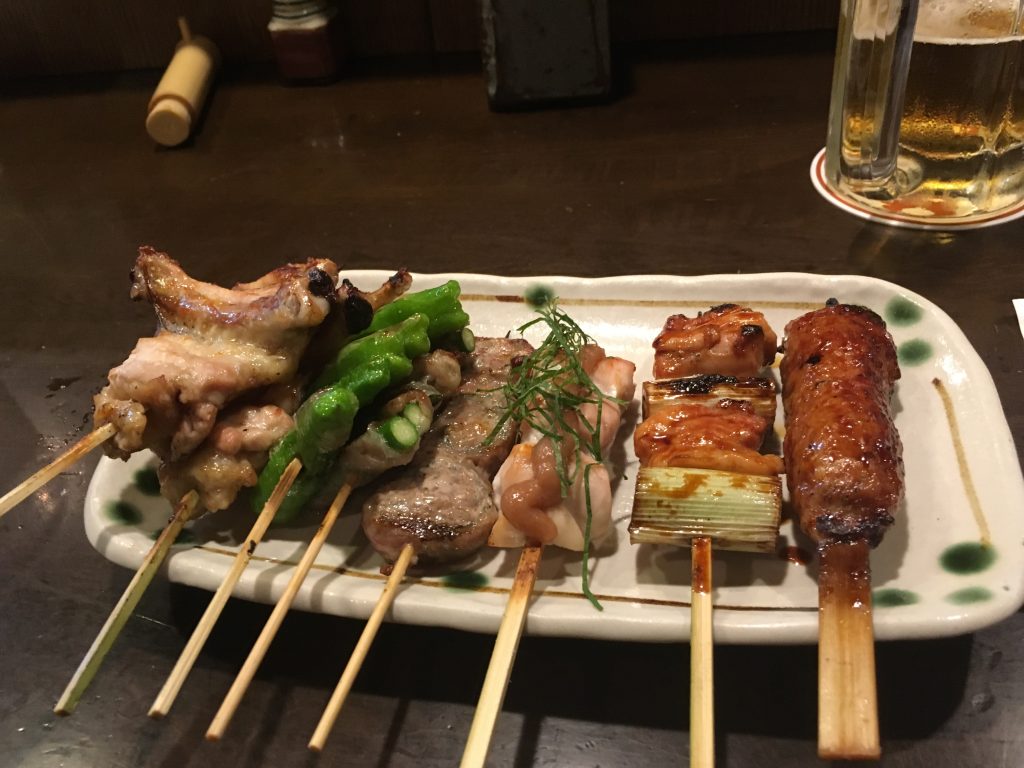 Japan is an exhilarating society, and truly one of the most awe-inspiring places I’ve been. With every action, the people who live there seem to place an emphasis on deliberate action, on the value of tradition, and on reverence for the past. That’s probably why their craftsmanship is so incredible, and it’s a big reason why we went there. We’re very excited to show North Americans the Kamisori razors, pocket knives, towels, and puzzle boxes we’ve brought back. There’s little question it was worth the trip!