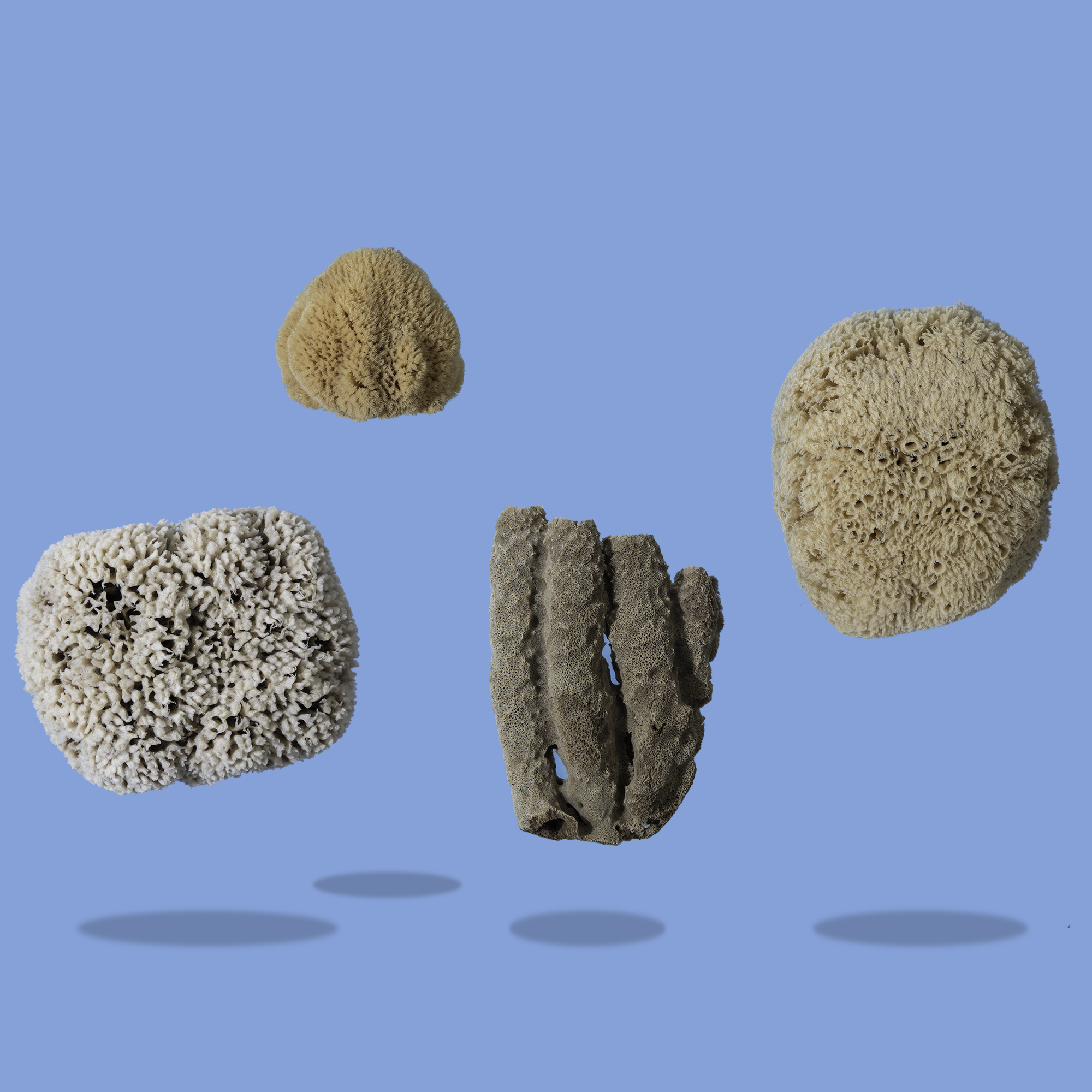 Better than a loofa or a mere washcloth, which can harbor a lot of bacteria and funk over time, natural sea sponges work hard to help keep you clean.

What is a Sea Sponge?

Extracted from the floor of the ocean, sea sponges are multi-celled organisms classified as animals! Since they grow and reproduce similar to plants, they can also be considered vegan friendly. It circulates water and absorbs nutrients and oxygen through its body of pores and channels.

There are an estimated 5000 varieties of sea sponges in the world but only 12 types are harvested for humans to use for cleaning, painting and bathing. Since they’re sustainable – and eco-friendly – they can grow back within a few years if they’re harvested properly. Sea sponges have been harvested and used by many cultures, including the ancient Egyptians, Greeks and Romans and are favoured by those in the Caribbean and Mediterranean.

Homer was one of the first people to write about sea sponges. In the Odyssey and the Iliad, there’s a reference to a sponge placed into the hands of the god Hephaestus who then cleaned his hands, face, and chest. Another part sites servants of the palace of Odysseus used a sea sponge to clean the royal tables after the wasteful meals of the suitors of Penelope. Plato and Aristotle also wrote about it in historic and scientific works. (Related: Shop our full line of Natural Sea Sponges.)

The act of harvesting sea sponges was practiced as an Olympic sport by the ancient Greeks. These trained professionals could hold their breath a lot longer than the average person; they’d fish the sponges from the bottom of the ocean. They were judged on speed and sponge size. The Greek Isle of Kalymnos was known to be the best sponge diving location as far back as 1800 AD because of the abundance of large sponge beds and calm water.

Towards the end of the 19th century, the industry acquired a few new innovations that allowed for quicker methods of harvesting. The Standard Diving Suit was introduced, which extended the length of time divers could spend under water and to harvest. Unfortunately, these suits resulted in Diver’s Disease” aka the bends which caused paralysis and even death. Of course, there were other factors to consider like sharks and discovering shipwrecks. Sadly, at the end of the diving day when the boats would return, Kalymnian women prepared themselves for bad news and put on mourning clothes. It was basically guaranteed that the crew lost someone after each trip.

Sea sponges are always a better alternative over synthetic sponges. Synthetics are made with petroleum products and usually contain triclosan, which can wreak a bit of havoc on your nervous system and hormones.

As a natural product, sea sponges are biodegradable, hypoallergenic and free of chemicals, artificial byproducts or toxins. They’re highly absorbent, ultra-soft and won’t absorb odors like other products. In fact, they contain enzymes that inhibit mold and bacteria growth which extends their lifetime. When used for bathing and well-maintained, they can last for up to eight years. 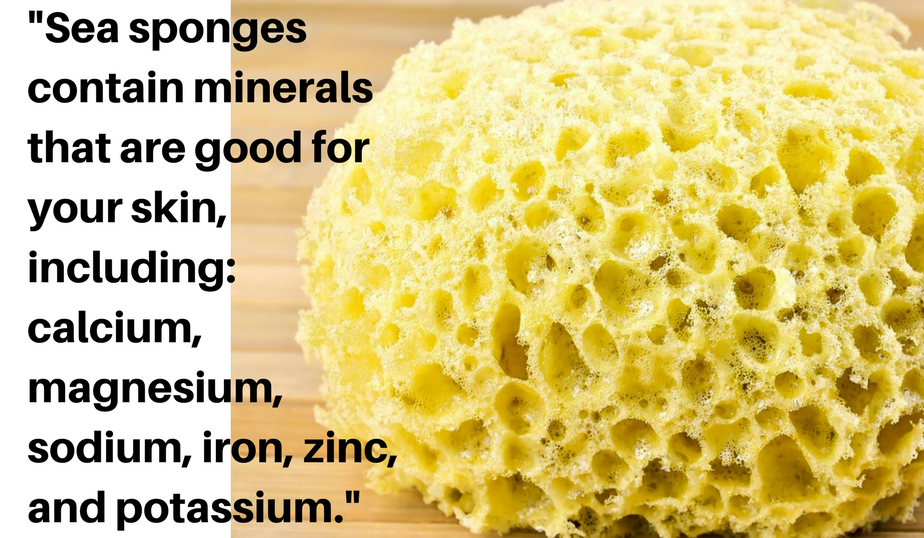 Sea sponges contain minerals that are good for your skin, including: calcium, magnesium, sodium, iron, zinc, and potassium. Suitable for all skin types, they gently exfoliate to leave skin looking younger and fresh.

Sea sponges commonly used for skin care include Mediterranean Silk, Honeycomb Wool and Yellow. Mediterranean Silk is dense with a soft, velvety texture ideal for exfoliation and excellent for sensitive skin. Honeycomb Wool sponges are dense, soft, pliable and strong. Yellow sponges provide a gentle cleanse and are great for everyday use. Once you pick your preferred sponge, inspect it and rinse it before use as its common to find debris like shells, coral or seaweed.

Let the sponge dry completely between uses – it’s best to hang it rather than resting it on a surface. Never put it in the dryer, microwave, boiling water, in bleach or twist or pull at it. If it becomes a bit ragged on the edges, just trim off any loose pieces.

Again, unlike a synthetic sponge, sea sponges naturally inhibit bacteria growth but can’t totally prevent it. To disinfect it periodically, try one of these methods:

With something steeped in so much history you really can’t go wrong.