Eyebrows are a curious feature: often forgotten about, they’re seemingly absurd, yet their shape and style can have a great impact on one’s beauty, as well as the way one is perceived by others. Anthropologists hypothesize that the brows were evolutionarily adaptive, conferring protective benefits to the eyes: since the brow hair follicles run laterally across the facial plane, they help to re-route dirt and moisture dripping down from the forehead, carrying it away from the eyeballs, and towards the outskirts of the face. Even more interestingly, behavioural scientists have shown us that it is, in fact, the brows—not the eyes—that help others recognize a familiar face or an emotional expression.

And though the human eyebrows are a significant feature for both men and women, much of our modern discourse on brows has primarily surrounded women’s beauty. Brows are, however, a defining aesthetic feature for men as well, and, while women are inundated with grooming tips and special cosmetics just for brow care, men are often left empty-handed and poorly informed. Unfortunately, when a man runs into a grooming mishap with his brows, the error is splayed across his face until the hairs naturally grow back in.

Luckily, brow maintenance for men is fairly simple to learn: they can be plucked, waxed, trimmed, or shaved, and the only major rule men need to remember is that, when it comes to brows, less is more. Given that men tend to have heavily hair populated faces, as compared with women, the goal is to maintain a natural yet groomed look. It’s strongly suggested that men avoid waxing their brows, as this can create a dramatically bare look, and the widely agreed-upon best method is to pluck with a good pair of tweezers. Occasionally, if a man is growing a dark unibrow resembling Sesame Street’s beloved Bert, he can carefully shave between his brows to clean up his appearance.

To avoid plucking too far into the body of the brow, men can use a simple technique: spotting the innermost point of the nostril, and making a straight line upwards from here to the brow plane, a reference point can be drawn, marking the No Plucking Zone. From this point on each brow, and outwards toward the outer boundary of the face, the main strip of the brow should be left alone. All stray hairs that lie outside of the main brow body can be weeded out; but other than those, no more plucking needs to happen. For men with exceptionally bushy brows, a fine-tooth comb can be used to brush the body of hair upwards, and the extra long hairs can, if unruly, be modestly trimmed at their tips, then brushed back into place.

Now that the basics of men’s brow care have been covered, take a gander at the brows below, and see if their brow readings ring true to you! 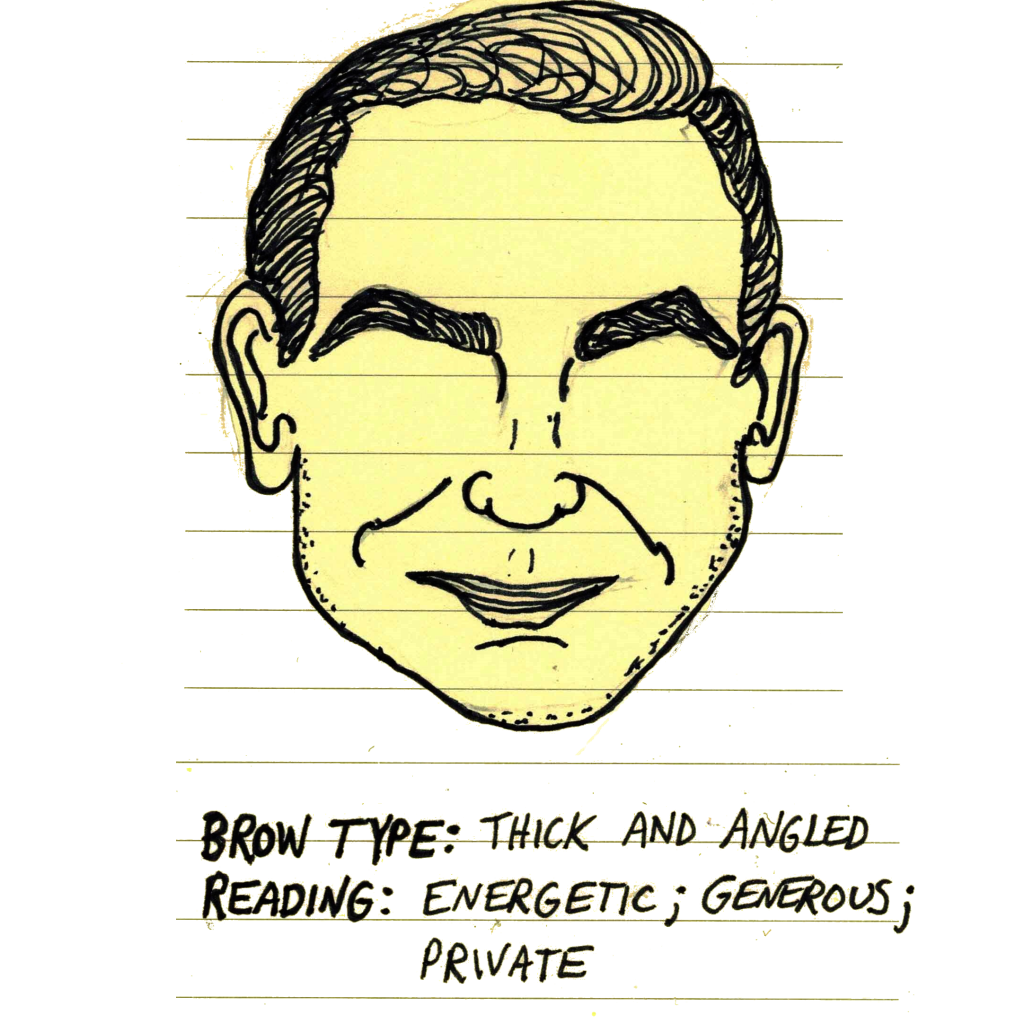 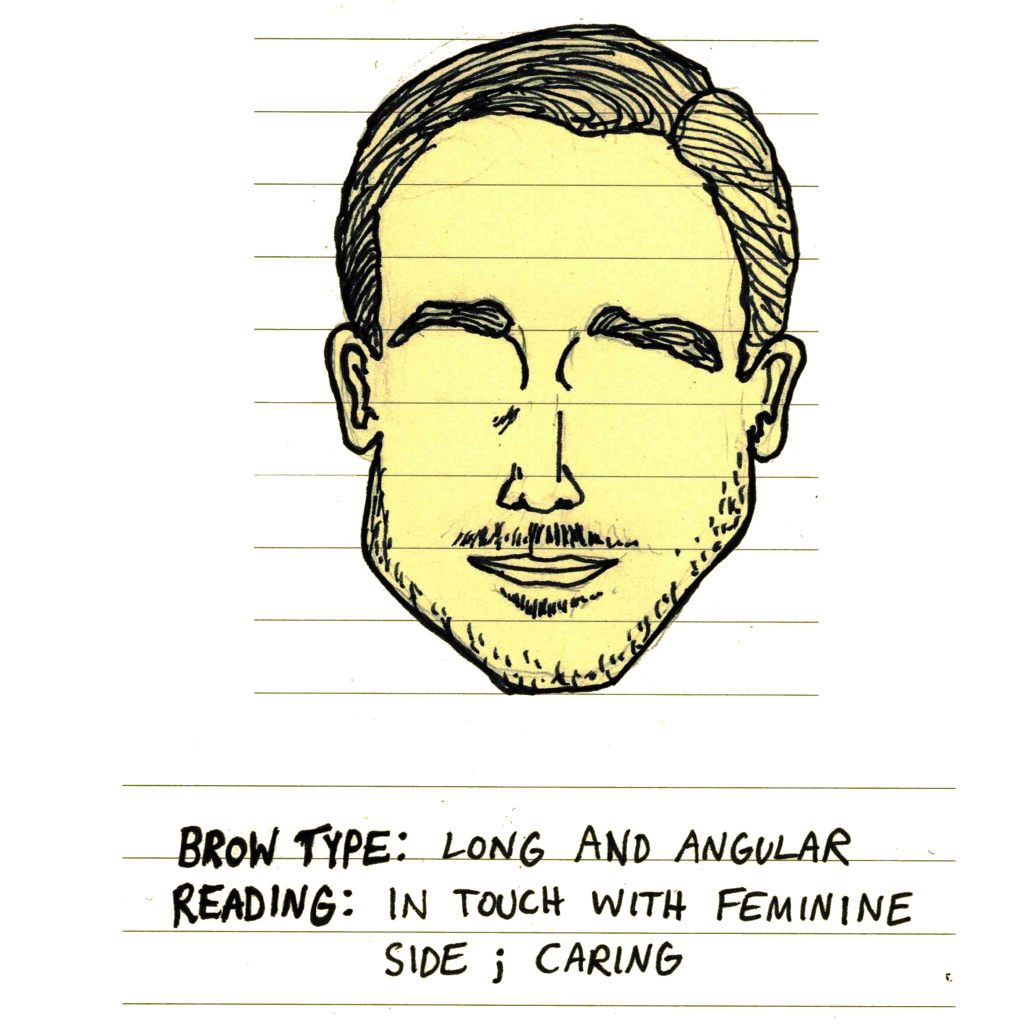 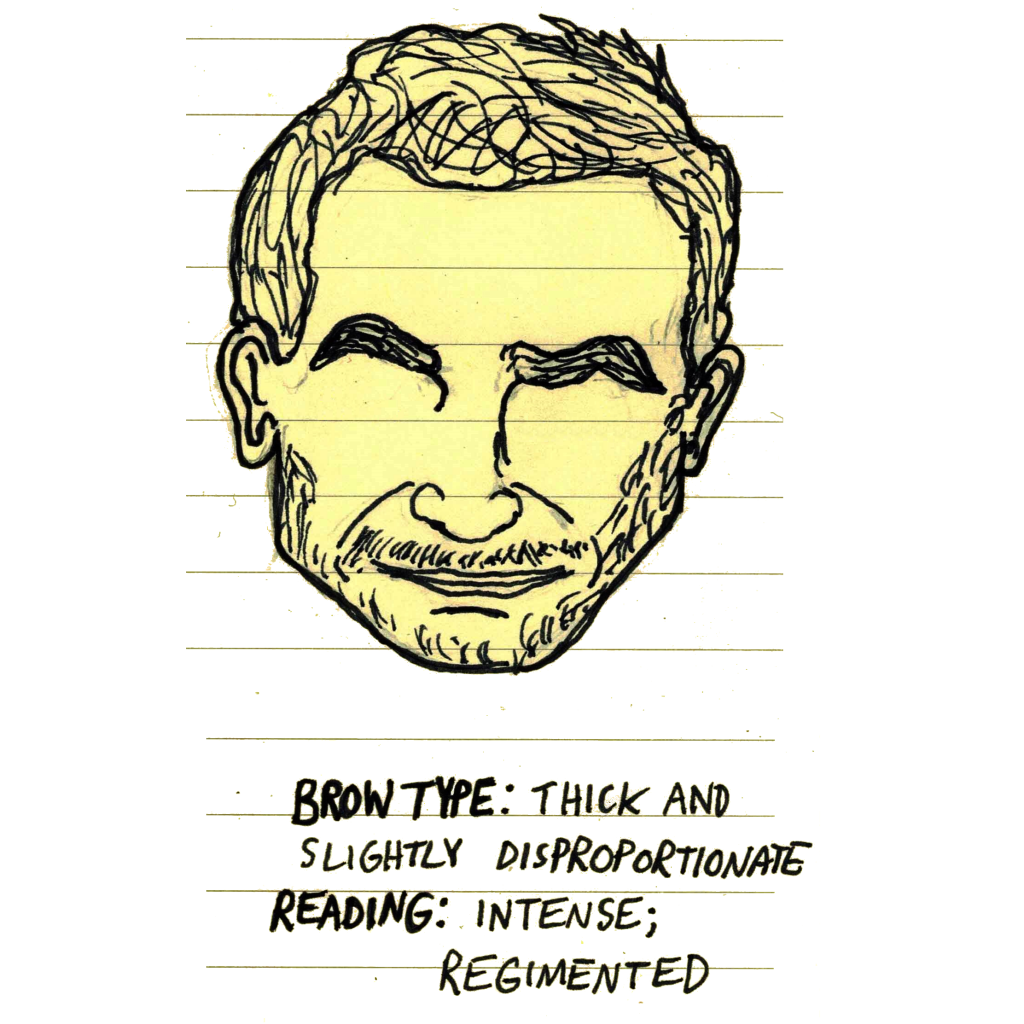