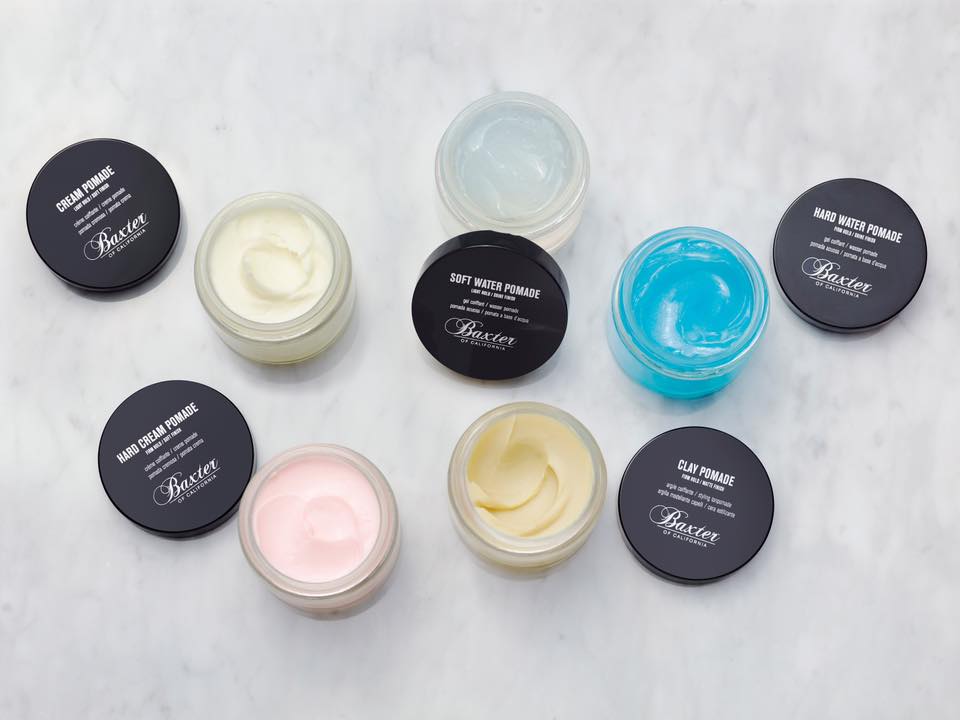 One of the most confusing thing about modern hair products is their multiplicity: there’s just so many of them! How can you possibly tell which one is right for you? Hair is an important part of your general appearance, and styling products are expensive, so it’s worth taking the time to choose the right one.

Most styling products for men can be sorted into broad categories, but they’re not thick and fast. A lot of ingredients are shared among pomades and waxes, for instance, but generally speaking, we find that these categories work well.

So, decide on the hairstyle that you want, and then work backwards to find the product that’s right for you!

For a lot of guys, pomades are the first thing they think of when they imagine traditional styling products. Pomades were especially popular about 50 or 60 years ago, and they do a few things really well. But before we dive into what that is, it’s important to separate pomades into two categories: petroleum-based, and water-based.

Petroleum-based pomades: an older style, this gives great hold and a unique, shiny look, but can take a lot of effort to wash out of hair. Some recommend using dish soap or even coca cola to remove. Can exacerbate acne and stain pillows.

LOOK: Most hairstyles with a wetter look, especially good for spikes or anything requiring really strong hold

When we think of gel, we think of the ‘90s. That guy in high school whose hair was as hard as a helmet? He was using gel (and lots of it). Gel is a really flexible product, and when applied to damp hair it creates a wet look that’s very in. However, it can harden and leave white flakes in your hair.

Waxes have become very popular in the last few years because in many ways they’re a nice middle ground. It’s an especially messy category, though, and they broadly include things also called pastes or putties. They can give a very solid hold, they’re flexible, and they’re easy to use. They’re especially good for messy looks that you see everywhere now.

Clays are a newer hybrid product for matte disheveled looks with a lot of texture and definition. They tend to give more volume than wax, with a similar medium hold.P

LOOK: Good for helping with curly, longer, or dry hair to give a relaxed, natural style

Hair creams aren’t as popular as gels and waxes, but they have their own specific purpose. The hold is normally minimal, but what it really does is help manage hair. If you have curly or frizzy hair, creams can help add shine and defrizz. Because the hold is so minimal, it can also be layered or combined with styling products.

We weren’t sure if we wanted to include hair tonics in the list because they’re an older style, but we’ve seen a pretty big resurgence in the last few years with the barbershop revival. Hair tonics were widespread back in the 1950s and ‘60s, and really helped establish a specific kind of style. Like Don Draper, hair tonics give your hair a high shine and keep it that way.

A hair tonic is essentially a liquid pomade. The hold isn’t as much as gel but it’s great for men with fine hair because the tonic can help moisturize your locks. Apply it when your hair is mostly dry, and spend about a minute massaging the tonic into your hair and scalp. Too much can appear greasy, but the right amount will leave you with a shiny, stylish look.

Which product should you choose?﻿

We know it can seem complicated, but the reality is that a lot of hairstyles can be achieved with a lot of styles. Don Draper’s look could be pomade, tonic, or gel. Most fall-out-of-bed styles are probably a wax or clay, but they could also just be the result of a broken alarm clock. It’s worth experimentation to find the look that’s right for you. And if all else fails, try a buzz cut!