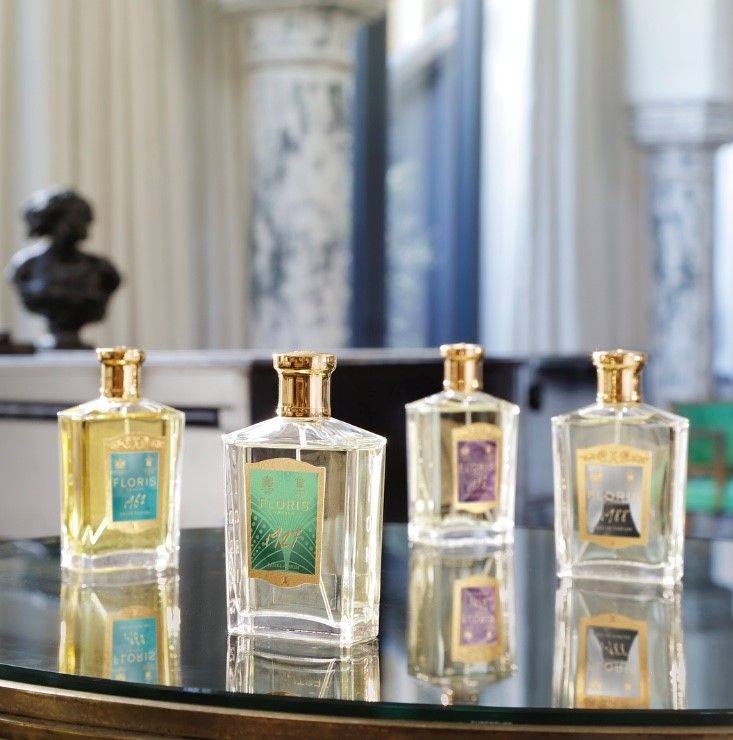 Fragrance choices can be over overwhelming. Eau de parfum, eau de toilette, cologne, even eau de cologne, what’s the difference and how do you know which one to choose? We’ve done the research to clarify the difference among them so you can make the best decision next time you’re shopping for a new fragrance.

Before discussing concentration level, it’s a good to have an idea of the fragrance notes that make up each product. Head (top) notes are those you first notice when testing a scent or after initially spraying a fragrance. They are light and don’t last too long. Heart or mid notes take over once the top notes start to fade. They are carefully selected to blend with the top and base notes. Once the top notes and mid notes fade, the base notes are those scents that remain after hours of wear.

The fragrance concentration affects the strength of a scent and its quality. Every scent has an anatomy, consisting of head, heart, and base notes. Each of those terms relate to the temporal sequence of effusion, with specific sets of notes released at designated times. This means that when a low-concentration fragrance is applied, its sillage is weaker, and so only the head notes are scented, hence changing the quality of the scent as a whole.

Next, there’s eau de parfum, which features a fragrance oil concentration of 10-15% that lasts five to six hours. Eau de parfum is concentrated enough to bring forth heart notes, again influencing the quality of the scent.

At the highest level of concentration, lasting seven or eight hours is parfum. Bringing forward all head, heart, and base notes contained in the fragrance. Perfumes range from 15-40%, with an average concentration of 25%, sometimes containing no alcohol in the formula whatsoever.

The next thing you might be wondering is why there’s a seeming gender disparity between cologne and perfume, with more men wearing cologne, and women, perfume. The truth is that there’s no hard and fast gender designation, but men tend toward mild scents, and women, toward stronger ones. Generally, colognes are marketed toward men, and perfumes, toward women, but men’s perfumes and women’s colognes are sold around the world. In these cases, it comes down to ingredients and the experience. The type of scents that are typically found in men’s fragrances appear less often in women’s: for instance, you’ll commonly find notes of musk, sandalwood, whiskey, and leather in men’s fragrances, whereas women’s feature an array of floral notes.

Overall, difference concentrations can last different lengths of time, and the fragrance can vary. When selecting a fragrance, consider the length of time you’d like it to last, a scent you’d be comfortable around all day, and more importantly, choose a scent the people around you can stand, too!