Shaving with a straight razor is almost a lost art form. Long before the advent of the electric face mower and mass produced shaving blades, men ritualistically began readying and preparing for their day with that perfect morning shave. 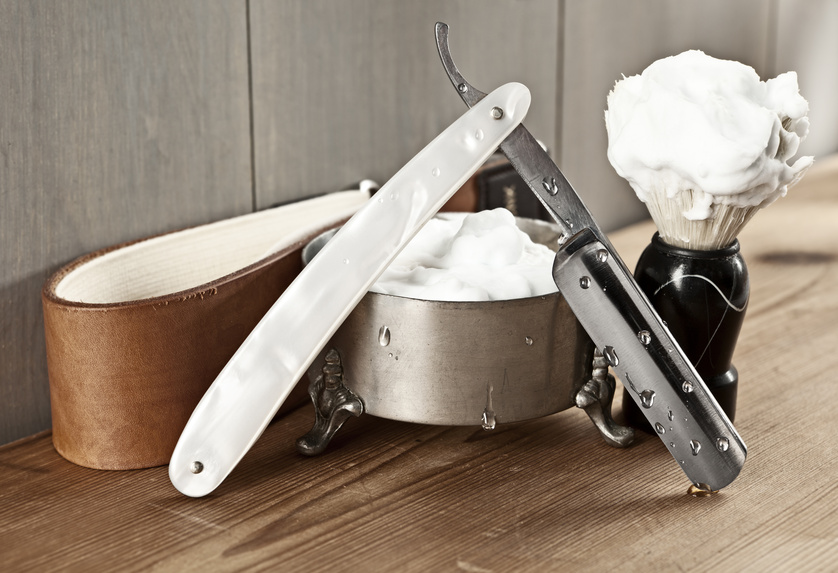 However, it is not just the unique practice performed by your local barber, nor is it an archaic ritual steeped in mystery, because there are still those men who appreciate this almost lost art of traditional shaving that was practised for thousands of years before.

Many older men remember that first time when they shared the bathroom with their father for that first shave and received their first lesson. It is a rite of passing from adolescence into young manhood. The first straight razor shave is one of the most cherished first memories of becoming a man.

The morning shave using a straight razor is meditative and requires focus. Let’s face it, a straight blade razor is not something to be trifled with or taken lightly. It is a comforting ceremony that must be followed every morning you shave.

There is a great deal of pleasure found in the morning ritual of applying the hot towel to soften your whiskers. Stropping or honing the razor methodically must be done with precision so that the razor is just right and demands your total concentration.

Preparing the shaving cream in the bowl and working it into a nice thick lather and applying it to your face reminds you that you are a man who is shaving to prepare yourself for whatever the world is going to throw at you. 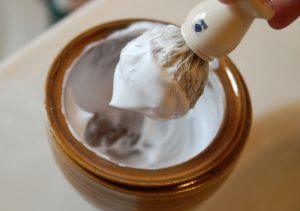 You almost enter into a Zen-like state as you shave because you follow an established routine. The problems of the world disappear as you let yourself slow down and allow yourself to focus on applying those slow even strokes.

You feel alive and almost exuberant as the razor glides across your throat and almost triumphant as you complete that final stroke on your chin. Your being has a sense of rejuvenation and greater vibrancy as you complete the shave with a splash of refreshing cold water.

Feeling the zing of the aftershave or the calming effects of the talcum powder, you study your face in the mirror, the morning ritual is complete.

Not only do you feel prepared for the challenges you face, you will also note that your skin looks better and feels softer because nothing gives a more perfect shave than a straight razor. It exfoliates your skin and leaves you looking even younger, and that special person in your life will notice the difference too.

Today, if you asked your male friends about what they think of this manner of shaving most of them will baulk and almost shudder at the mere idea of using such an implement. Using a straight razor allows you to stand apart from the modern herd, puts a gleam in your eye and a knowing smile on your clean, close shaven face.